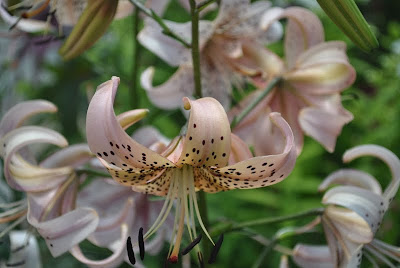 Back chub sweltering last week in the ny heat. Oh, it was bad. BAD with capitals. It's cooled up some though.

Jesus stickers. Everywhere. I'm teaching arts & crafts at the vbs at my mom's church. Just two weeks till a little after midday each weekday, this being the second week. The little bodies are ever so good to look at, but so exhausting to think about later!

Regular blogging resumes resumes--miss me? Like the new yellow background? It's sumsunny!


The GRE, huh? It felt alright throughout. Thank you for your prayers and kind thoughts!  I felt confident throughout the essays and alright in the math and verbal sections. There were some challenges but I expected to do well (to meet the score I set for myself). So imagine my shock when I saw my reported scores on the math and verbal (I have to wait a week for the essay scores) to see that I did average--not bad not good, but ok. I was devastated because I had been studying for weeks! And the grades I got on the many many practice exams I took weren't reflected. The heat didn't help. I didn't cry I'm glad to say! But I was grumpy with Suave kitty, my mother, God...

An average score on the math doesn't matter so much to me, but I wanted to get higher on the verbal since I'm applying to Creative Writing programs, some of which are ultra competitive as in 1% acceptance rate. So 500 people will apply and 4 writers will make it in. Anyways, Erika says I should have faith.

It was SO frustrating and disappointing to put so much work in and not see the results--kind of like weight-loss for many of you! I think I will practice more and retake the exam later this fall. The thing is that the GRE isn't a do or die thing for me, since many of the programs (a few top ones even) don't even require the GRE to apply. All they care about is the writing sample! But since some programs do, I took the exam and I think I'm retaking it because I worry that a good score on the GRE--an exam meant to test graduate level work--can be the deciding point between two talented candidates. But blah, everyone knows that standardized tests aren't a fair judge of intelligence or ambition!

So, hello. Back tomorrow promise. love, me!
Posted by Alexia @ Dimple Snatcher at 8:54 PM

He Took MY Last Name said...

Alexia- I've been there. I thought I aced a couple of entrance exams I needed for a new job. And it turns out, I not only failed, but failed multiple times. You just have to believe that you will end up where you need to be.

ugh! I a m sorry, my little brother went through a similar thing lately...lots of studying and a small bump in the score, I agree with your friend. Have faith. God can do anything.

This is exactly why I resist taking the GRE. I still remember the devastation of being disappointed with my SAT score in high school, and feeling so betrayed that a test compiled by people who had never met me could stand in between and the education I wanted, the education I had worked so hard to be accepted for.

Don't fret, lovely Alexia. If you believe in your writing skills, make that known to anybody admission committee who may not think your score is high enough. Your drive should be more important to them than a number.

Deep breaths and putting it in the hands of Him will surely help you push on :) I wish I had the strength to do what you've done. Exams are not my thing, school is not my thing, even when I wanted it to be.

WB and I love the background :)

Welcome back! And it will all sort out. You're gifted in the writing department :)