Last night was good: I went to Melanie's going away party--she's headed to law school, leaving her twin sister behind! 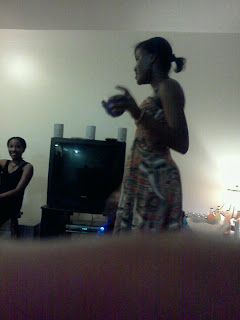 She came to the states maybe 3 or 4 years ago from Guyana and worked really hard to get into a first tier law school. So amazing to me!

Especially exciting was the (alcohol free) Jamaican ginger beer at the party... 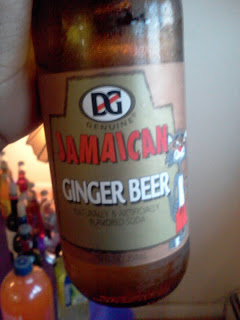 Have y'all ever played a game called, "Taboo"? So fun! I've seen it played on sitcoms but never played it till last night.

One of the girls at the party said I look so innocent, which I have gotten alot actually, ha. Do you gals/guys think I look innocent, hahahah?

I'm obsessed with taking photos on my new phone since it has a data plan (see photos above) so I can share photos via twitter or facebook. Friends in real life have been waiting impatiently--a tad bit annoyed, ha--since I've been phoneless for (3?) months till recently when my mother bought me one! I'm not really a phone person--and not having one was a little liberating!

My July goals were kind of a bust. I didn't take all that care to eating better nor sleeping better! Which is why I'm a bit tentative about making August goals. Maybe I will just see what happens? I do NEED to lose some weight and eat and sleep better and write two stories for a grad school writing sample so these are less goals and more THINGS I NEED TO GET DONE. I hope things are wonderful on your end! I'm at the library right now trying to get some work on a story done but am a little distracted by hunger (too lazy to go out to get someone to eat)!

I think you look super innocent too (total compliment)

I LOVE LOVE LOVE taboo :-) and I would want to try that ginger beer WITH alcohol.
HAPPY August Sunshine!